The basis for this conversion was a high-grade Unimog U5023, which was equipped with a two-circuit municipal hydraulics. This includes six plug-in couplings in the front area, two spreader connections on the right-hand side of the vehicle as well as an ergonomically adjusted joystick control in the driver's cab. In close co-operation with the MBS division of DaimlerAG, NEV was responsible for the conversion carried out by F & B Nutzfahrzeugetechnik. In addition to the construction work, the main focus was on the project management, coordination and communication with the responsible department of DaimlerAG and F & B Commercial Vehicle Technology. Meanwhile, two other vehicles were equipped with the same conversion. 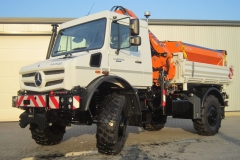 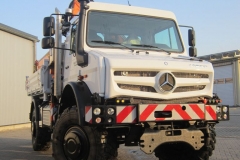 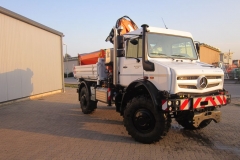 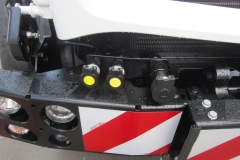 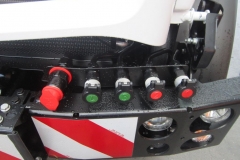 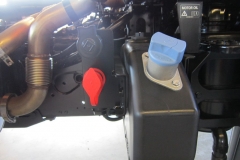 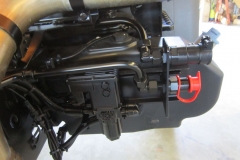 The basic chassis was a Unimog U423, which had to be fitted with a two-way freestanding system for the installation of a rotary rocking system. This included the displacement of the hydraulic tank from the entrance on the right, left in front of the rear axle, the installation of a 145l fuel tank as well as the displacement of the cooling unit to the rear. Our focus was on the conceptual and constructive elaboration as well as the preparation of a detailed reconstruction documentation. Five vehicles with the same conversion are already in use. 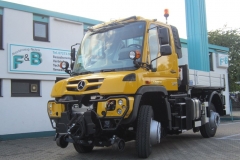 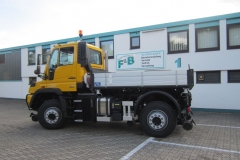 The basis for the Bremertel recovery vehicle is an Arocs 4163 8x4 / 4. To create the free spaces on the right side of the frame, the exhaust box and the Adblue container had to be moved behind the driver's cab. This conversion was realized in cooperation with F & amp; B Nutzfahrzeug-Technik. For this purpose, the company NEV developed the support frame of the offset exhaust box in compliance with the assembly guidelines of DaimlerAG and the customer-specific specifications. Extensive tests have shown that the exhaust system is working properly in accordance with the vehicle manufacturer. This was confirmed by a safety assessment (UBB) issued by DaimlerAG on the basis of the data submitted by NEV. 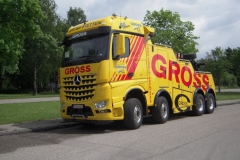 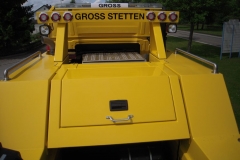 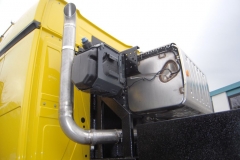 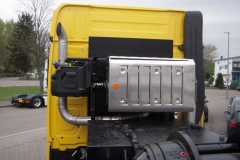 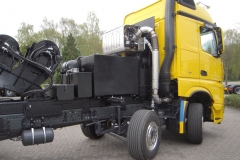 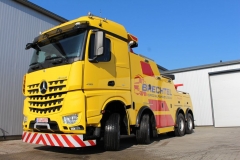